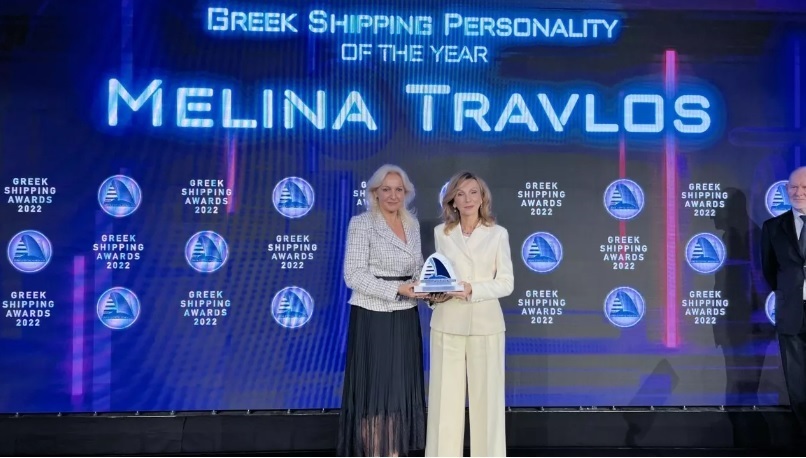 The President and immediate past President of the Union of Greek Shipowners (UGS) were both recognised with major awards on Friday, December 2 as the 2022 Lloyd’s List Greek Shipping Awards were presented in front of an industry audience of more than 1,000 guests.

Melina Travlos, who earlier this year was elected the first woman President of the UGS, was named Greek Shipping Personality of the Year. Ms Travlos was revealed as winner of the Award just minutes after the Lloyd’s List/Propeller Club Lifetime Achievement Award was presented to her predecessor, Theodore Veniamis, who had led the country’s shipowning community for 13 years until standing down in 2022.

Other major individual awards included the Newsmaker of the Year Award to shipowner Harry Vafias, for a long list of newsworthy activities including the launch of a second Nasdaq-listed shipping company, Imperial Petroleum.
Dorothea Ioannou of the American P&I Club was unveiled as the International Personality of the Year after becoming the first woman to lead an International Group club in the 167 years since the mutual system began.
The Next Generation Shipping Award went to Antonis Malaxianakis, founder and Chief Executive of Harbor Lab, a tech start-up providing innovative software that focuses on port costs for vessels.

In a welcome address, Minister of Shipping & Island Policy Ioannis Plakiotakis offered his congratulations to the nominees as well as the winners of the 2022 Awards.
GMS, the world’s largest buyer of ships and offshore assets for recycling, was overall lead sponsor of the Greek Shipping Awards.
Guests enjoyed a pre-dinner drinks reception hosted by Erma First while China Classification Society offered the traditional champagne toast to the health of Greek shipping.
A donation from proceeds of the event went to ‘Argo’, the charity supporting children with disabilities in the families of Greek seafarers.
The annual awards recognise achievement and meritorious activity in the Greek shipping industry and promote Greece as a maritime centre. Winners are chosen by an independent panel of judges representing a broad cross-section of the Greek shipping industry.
The 2022 Greek Shipping Awards event was co-hosted by award-winning ERT broadcaster Andriana Paraskevopoulou together with Lloyd’s List correspondent in Greece Nigel Lowry.

Melina Travlos was voted 2022 Greek Shipping Personality of the Year.
Theodore E. Veniamis was awarded the Lloyd’s List / Propeller Club Lifetime Achievement Award for a highly successful career in shipping that began nearly 50 years ago.
Lloyd’s List’s Greek Shipping Newsmaker of the Year Award went to Harry Vafias, Chief Executive, StealthGas and Imperial Petroleum.
Antonis Malaxianakis won the New Generation Shipping Award, open to personalities of no more than 40 years of age.
Dorothea Ioannou, Chief Executive of the managing company of the American P&I Club, was elected International Personality of the Year.
The recipient of the Dry Cargo Company of the Year Award for 2022 was Ionic Bulk Carriers, managing a modern fleet of 14 bulk carriers.
As Tanker Company of the Year the panel chose Andriaki Shipping, the tanker managing company established by the N J Goulandris Group, now in its 70th year
Levante Ferries was unveiled as Passenger Line of the Year.
BRS Group Athens Ltd won the Shipbroker of the Year Award.
The Greek Shipping Financier of the Year Award went to Athens Stock Exchange.
Dr. Chris Leontopoulos of ABS was awarded the Technical Achievement Award.
Load Line Marine won The Safety Award.
Polygreen won The Sustainability Award.
Technava was recipient of this year’s prestigious Piraeus International Centre Award.
The Seafarer of the Year Award was won by Capt. Kimon Christodoulou, Master of the Sun Enterprises tanker ‘Christina’ for a rescue of 27 refugees from a small boat in the Aegean in August 2022.
Project Connect, which operates the Adopt-A-Ship programme in Greek schools, was named winner of the 2022 Education or Training Award.
The Ship of the Year Award went to “Aero 1, 2, 3”, the newly-built catamarans put into service in the Saronic Gulf by Attica Group this year.
The Lloyd’s List Intelligence Big Data Award was presented to HiLo. 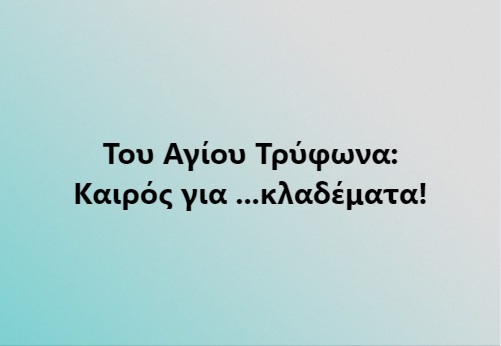 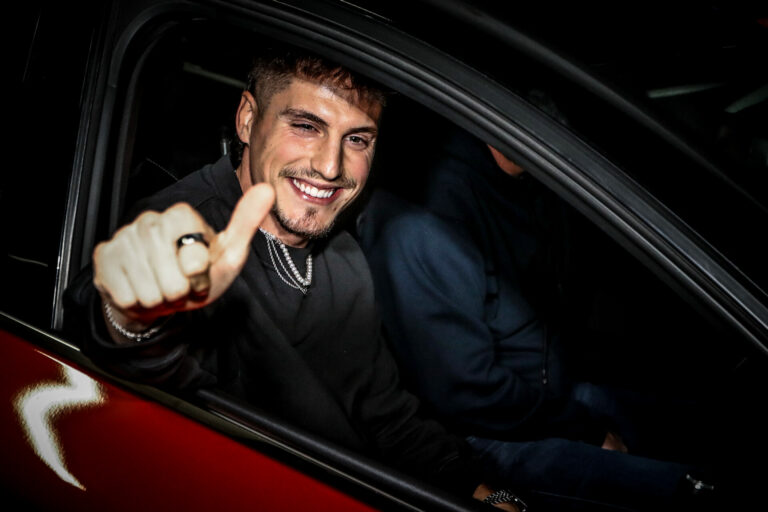