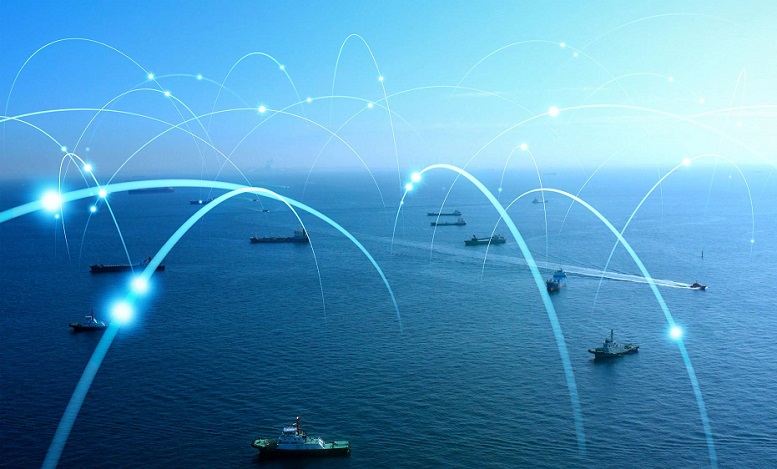 The shipping environment is constantly changing rapidly due to digitalization. Taking this into consideration, it is only natural for the work and the needs of the future seafarers to be different than today. To understand the world of the seafarers of 2050, we must first examine the ships they will be working on, the lives they will lead, and the future global trading environment.

According to the report by Inmarsat, “A fair future for seafarers,” the seafarer of 2050 will likely work in a much smaller crew, but have greater interaction and engagement with teams of people ashore. They will sail on ships with a high level of automation that will likely be sailing new trading routes to serve the world’s shifting demographic dynamics.

Unless there is a drastic change to the scrapping and renewal rates of the world’s merchant ships, it is reasonable to assume that in 2050, seafarers will be working on ships that were built in 2030, just eight years from now.

By 2050, we will likely have a mix of ships with different levels of autonomy. It is important to note however, that autonomous and unmanned are two different concepts. Even the most modern ships need maintenance and ships don’t earn money when they are laid-up. Because of this, it will likely cost less for shipowners to have maintenance teams on board, particularly on ocean passages.

Automation will change many aspects of life at sea, but for those who remain at sea many of these changes will be for the better. Seafaring has always been a hazardous profession. Between 2003 and 2012, seafarers were 21.6 times more likely to die in workplace accidents than those in the general workforce ashore.

As automation takes over the dull, dirty and dangerous tasks, from watchkeeping to tank inspections, seafarers will be free to focus on the safer and more interesting tasks. In the future, going to sea is more likely to be a stepping-stone to a career ashore.

Those that do may find their skills are more in demand when they are ready to transition into shore-based roles such as shore control stations. With high-demand for seafarers ashore, it is possible they will no longer be forced to choose between family and career.

Seafarers of the future will be required to think quickly and in a way to coordinate and solve a problem. This would very easily put them in a position where they will need to take some serious decision at that very moment. For this reason, crews of 2050 would need to have the following soft skills:

Decision Making
Decision making, along with critical thinking are must-haves traits for every seafarer. In every seaman’s carreer there will be unpleasant and tough situations, such as bad weather or mechanical fault in the ship.

Teamwork
Namely, seafarers are expected to be friendly and matured, acting with a positive attitude. With cooperation, team spirit effectively rises, thus contributing to a greater overall – and therefore personal – well-being.

Conscientiousness
A conscientious person is characterized by good impulse control, and goal-directed behaviors. Conscientiousness makes people plan ahead, paying attention to detail. This leads to a set schedule that enables anyone to finish important tasks right away and not procrastinate.

Adaptability
In order to improve the adaptability skill, seafarers must work on their metacognitive ability, which is the ability to think about the way we think. In order to do that, seeking feedback and reflecting on it are key elements, enabling seafarers to extract critical lessons from their experiences and maximise learning.

Conflict Resolution
In order to address conflicts effectively, being calm is very important. This will give the chance for better negotiation, in an effort to understand each other and try to reach an agreement.

Leadership
Leadership is a special component of safe operations at sea, which requires specific traits. Leaders should focus on people instead of systems: People are the A and Z of any experience and when leaders focus on people, the numbers will follow.

Communication
Communication is a vital aspect for every seafarers. In order to have a proper communication with the co-workers, seafarers should bare in mind to have conversations instead of having meetings.

Stress resilience
Exposure of individuals to a stressor of physical, social, or environmental nature for a long time may make difficult for an individual to cope with, and in order for seafarers to overcome stress, they should focus on their own mental health.

Self awareness
People with high emotional intelligence are usually very self-aware; meaning that they have the ability to recognize emotions and their impact in both themselves and others.

With the future bringing new technologies and requirements, seafarers will need to adapt their training accordingly in order to keep up with the pace of thew new era.

#1 Simulators: Simulators are expected to increase in both sophistication and the number of areas of the ships where it can be used to train seafarers.

#2 Gamification of training: This is a concept where the training is made like a Game on a computer. The student or the player is given tasks to complete and every achievement is rewarded by points to make the training/game more interactive and interesting.

#3 Individual specific training: The future of training is not a class room. This will to change, in the sense that the training and tests would be individual based as the power of all individuals are different and you cannot have a one size fits all method of training.

#4 Skill development: With increasing technology, digitalisation and automation, the seafarer’s roles onboard are going to change from operating the ship to operating the system that operates the ship. As the role changes, so will be the skills required.

#5 The training infrastructure: As the technology onboard increases, so will be the infrastructure in the institutes as the trainees will have to be trained as per the requirements on board vessels.

#7 Onboard training: Future equipment could have a training mode where the seafarers can be trained by simulating situations.

#8 STEM competences: With more and more technology onboard, the basic education requirements will lean more towards Science, technology, engineering and Maths (STEM).