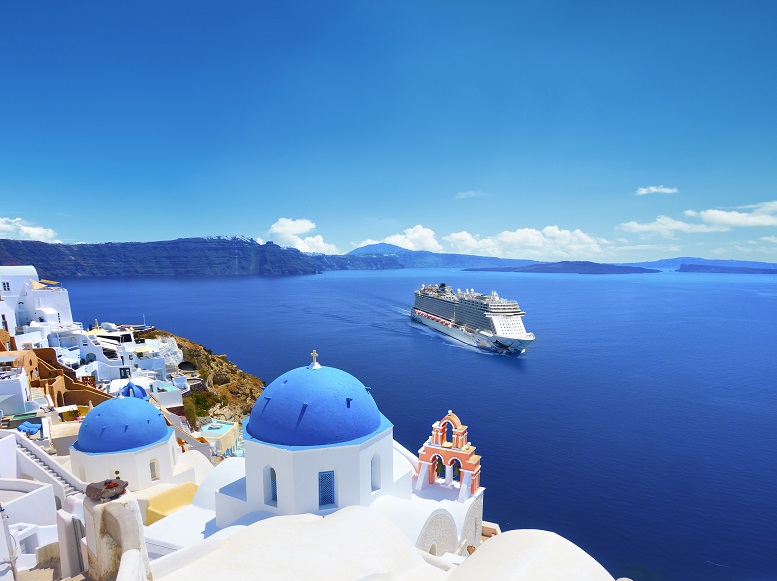 Norwegian Cruise Line (NCL), the innovator in global cruise travel with a 55-year history of breaking boundaries, marks the successful return of Norwegian Escape, the first ship of the Brand’s highly successful Breakaway-Plus Class, to Europe since 2015 as she completed her first voyage to the Eastern Mediterranean.

Norwegian Escape is NCL’s largest ship in Europe and the first Breakaway-Plus Class ship to sail in European waters for a full-length season. She homeports in Civitavecchia, Rome, offering sailings ranging from seven to 11 nights. Each voyage offers unforgettable itineraries across multiple countries, such as the August 13 sailing which will provide guests with the opportunity to explore ports in Italy, Greece, Malta and France - four sun-pampered Mediterranean countries.

The ship’s itineraries feature calls at the most sought-after ports in the region, including Santorini, Mykonos, Naples, and Livorno, and hidden gems, such as Valletta and Messina. Docking at five to eight ports for up to 13 hours and no more than two days at sea, guests can spend their days exploring ancient ruins and medieval architecture, admiring artistic masterpieces, or simply savouring a variety of local cuisine.

Norwegian Escape will also debut NCL’s popular Meet the Winemaker Series in Europe as she sails around the Greek Isles and Italy. The July 17 sailing will feature Certified Angus Beef and notable winemaker Antonio Hidalgo, from the family-owned Spanish Sherry house Bodegas Hidalgo La Gitana. The October 17 edition will be hosted by globally recognised Sandro Bottega of Bottega S.p.A.

Including Norwegian Escape, a total of eight NCL ships are sailing in European waters this summer season. NCL’s fleet will be calling at more European ports than any other contemporary cruise line, offering guests greater choice than ever before. Norwegian Prima, the newest member of NCL’s fleet and first in the ground-breaking Prima Class, will also be debuting in European water this year. NCL’s eight ships for the European summer 2022 cruise season are Norwegian Dawn, Norwegian Epic, Norwegian Escape, Norwegian Gem, Norwegian Getaway, Norwegian Jade, Norwegian Star and Norwegian Prima. NCL is offering travelers an extensive range of itineraries this summer, from touring ancient ruins in the Greek Isles, cruising the Norwegian Fjords, to soaking up some Mediterranean sunshine.

“Europe has always been a bucket list destination for travelers from all over the globe and is a key cruise destination for NCL,” said Harry Sommer, president and CEO of Norwegian Cruise Line. “We strive to offer our new and loyal guests a wide range of destinations and itineraries. We’re excited that this year’s Europe season is our most extensive to date with eight ships and more than 100 ports of call. Our Guest First philosophy compels us to put our guests at the heart of every decision and development we make, which is why we continue to innovate our product offering, as we have done for the last 55 years.”