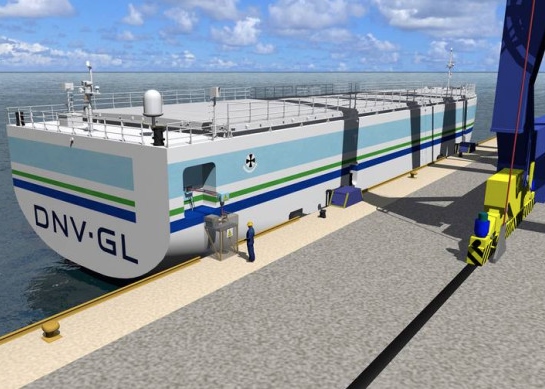 Engineers, investors and representatives from the maritime sector are teaming up to expand the use of electrically powered ships in the Nordic country.
The Port of Oslo will partner with Cavotec for the project, ReCharge, which is headed by leading certification and classification group DNV GL, alongside technology and data analytics company, Envoa, which is contributing almost half of the project’s €1.45m budget.
ReCharge will review the practicalities of expanding the availability of shore power at Norway’s ports and research different power systems.
“Charging options are critically important for battery-powered ships and plug-in hybrid vessels. Shore power will therefore play an increasingly important role in port infrastructure of the future,” said project leader Hans Anton Tvete of DNV GL.
According to DNV GL, some 40 hybrid ships are on order for Norwegian shipping lines, with a similar number of plug-in hybrid vessels also due to enter service in the coming years.
Bjørn Vartdal, programme leader for Maritime Research, also stressed the role of government support in expanding the availability of shore power.
He said: “To establish shore power and associated infrastructure, we need the support of central government. The development of infrastructure is critical. Shipping lines want to see a return on their investment within a relatively short time scale.”
Shore power is the process of connecting ships in port to the electrical grid and switching off their engines. This reduces emissions of NOx, SOx, and particulate matter.
ReCharge conveners say that they want to see Norway become the world leader in environmentally friendly ships.