Following maritime traditions, Reverend Father Ioannis Patsis, Vice President of Caritas Hellas, blessed the vessel, before the ship’s Godmother, Gaia Gaja – of the renowned Italian Gaja Winery – broke a bottle of champagne on the ship’s bow. Guests viewed the event on screens throughout the ship and members of Silversea’s extended family streamed the broadcast online, as Silver Moon officially became the ninth ship in the leading ultra-luxury cruise line’s fleet. 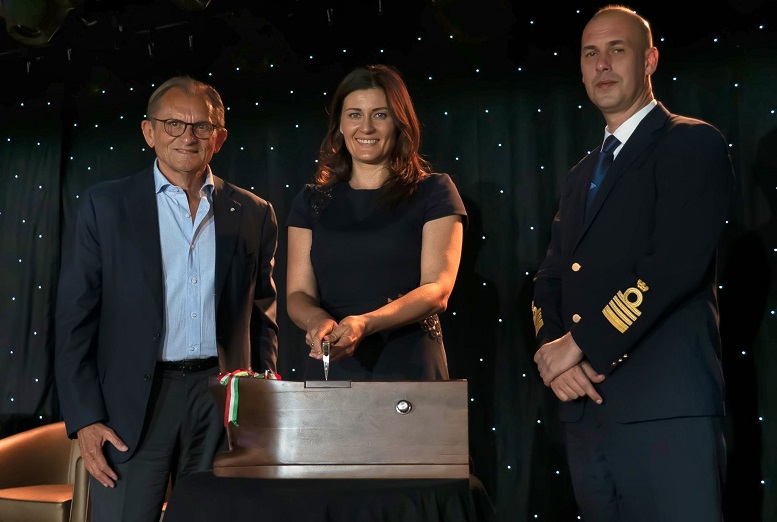 “Witnessing the official naming of Silver Moon—the first of Silversea’s christenings as part of Royal Caribbean Group—was a very proud moment indeed,” says Richard D. Fain. “I commend Silversea’s leadership team, Captain Georgiev and Silver Moon’s crew, the team of Fincantieri, and everyone involved in the ship’s launch for their tireless efforts in bringing this long-awaited milestone to fruition.”

“This is an extraordinary milestone in the history of our cruise line,” says Roberto Martinoli. “We today christened Silver Moon as the ninth ship in our fleet, marking an evolution in 21st-century luxury travel. As the first ultra-luxury cruise ship to set sail this year, Silver Moon leads the way in the return of ultra-luxury cruising. She represents our industry’s strength and resilience. Aboard the newest addition to our fleet, our guests will re-discover the world in unrivaled comfort and whispered luxury. I extend my gratitude to the Royal Caribbean Group, Fincantieri, Captain Georgiev and the ship’s crew, as well as our teams ashore, for making this momentous occasion possible.”

“It was an honor to cut the ribbon and signal the official naming of Silver Moon as the ship’s Godmother,” says Gaia Gaja. “Launching Silversea’s new S.A.L.T. program, Silver Moon embodies the core values that my family’s winery shares with this cruise line: a reverence for tradition, a commitment to unwavering quality, and a deep respect for cultural values. I look forward to journeying aboard this beautiful ship to dive deep into the Greek Isles’ celebrated culinary cultures.”

At 40,700 gross tons and with a maximum capacity of 596 guests, Silver Moon is the cruise line’s second Muse-class ship in its fast-growing fleet. Constructed by Fincantieri at its Ancona shipyard, Silver Moon is an evolution of her sister ship Silver Muse. The ship benefits from re-imagined public spaces, butler service in all suite categories, a nearly 1:1 crew-to-guest ratio, and Silversea’s hallmark small-ship intimacy. 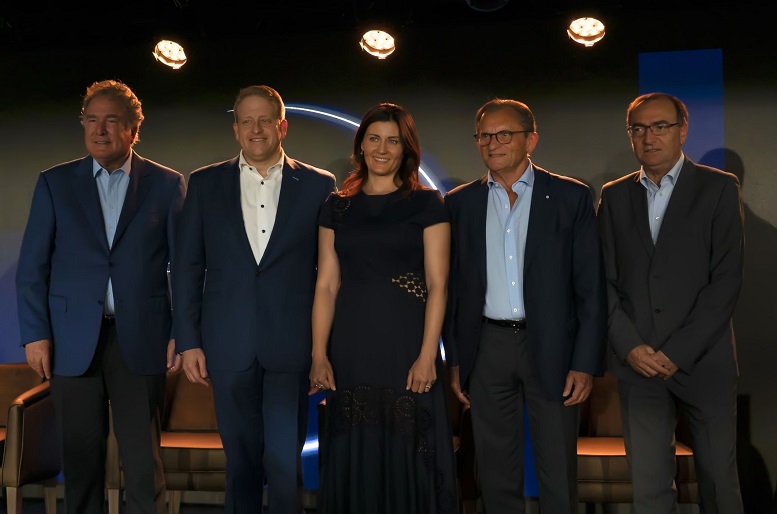 The launch of Silver Moon also marks the debut of Silversea’s revolutionary new culinary program, Sea and Land Taste or S.A.L.T.℠. Three new onboard venues form a hub of culinary discovery for guests: in Silver Moon’s S.A.L.T. Kitchen, S.A.L.T. Lab, and S.A.L.T. Bar, guests are invited to delve deeper into each region’s cuisine and culture with regionally-inspired dishes, drinks, and demonstrations. Special S.A.L.T. shore excursions enable travelers to experience the food and drink cultures of each destination firsthand.

Silversea is leading the way in the global restart of ultra-luxury cruising. The first of two ships in Silversea’s fleet to have returned to service, Silver Moon is joined by new ship Silver Origin—now sailing on all-new itineraries in the Galapagos Islands. Silver Muse will become the first ultra-luxury ship to set sail for Alaska when she departs for the region’s glaciers from Seattle on July 29. Beginning July 30, Silver Shadow will undertake all-Icelandic circumnavigations out of Reykjavik. Additional Silversea ships are expected to set sail in the near future and Silversea’s third new ship since 2020, Silver Dawn, is scheduled to depart on her maiden voyage in November 2021.

Silver Moon is one of six Silversea ships—others include Silver Muse, Silver Origin, Silver Shadow, Silver Whisper, and Silver Explorer—to have recently earned Certification in Infection Prevention for the Maritime industry (CIP-M) from the world’s leading classification society, DNV. These certifications highlight Silversea’s commitment to safeguarding the health and well-being of guests, crew, and the communities it visits as part of the company’s healthy return to service.