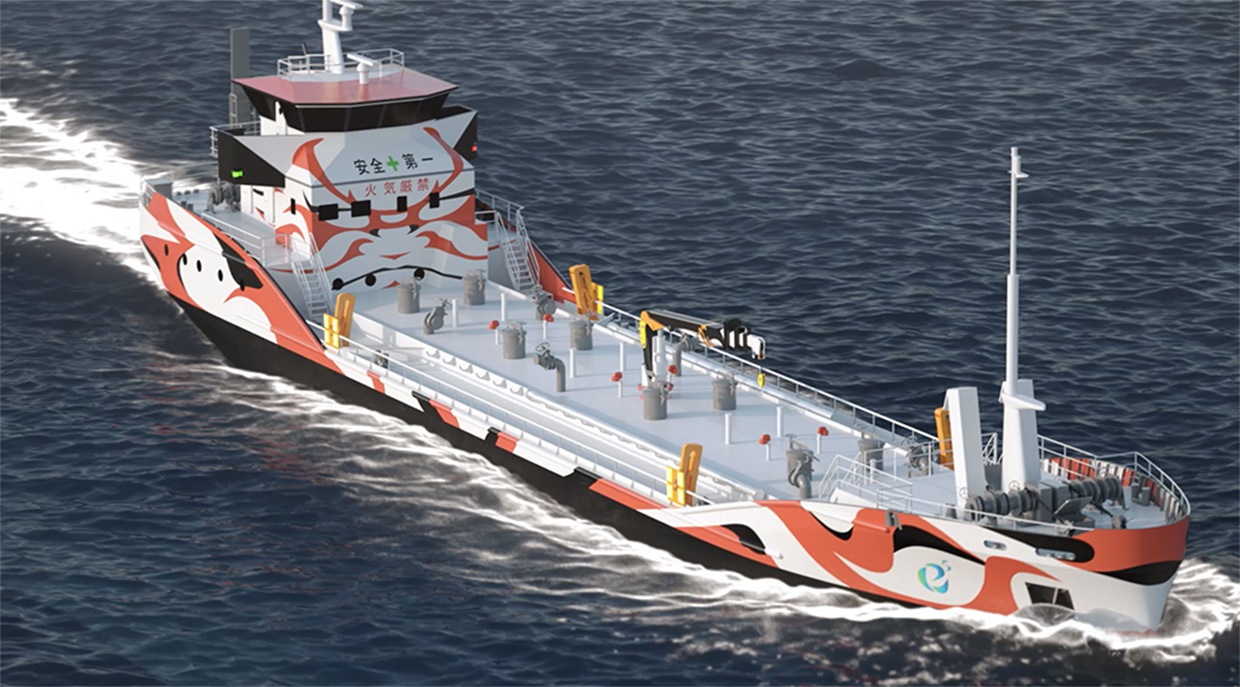 A new ship powered only by lithium-ion batteries is coming to Japan’s coastline. The 60-meter-long tanker will be the first all-electric vessel of its kind when it launches in Tokyo Bay next year, its developers say.

The “e5” tanker is the latest in a small but growing fleet of vessels that use batteries for propulsion or onboard electricity use. As the global shipping industry works to curb carbon dioxide emissions and eliminate air pollution, shipbuilders and cargo owners are increasingly moving to electrify the freighters, tankers, and other vessels that move goods across the water.

Tokyo-based Asahi Tanker will own and operate the e5 vessel—which, ironically, will carry marine diesel fuels to refill the tanks of other cargo ships in the Bay. The 3.5-megawatt-hour (MWh) energy storage system is about the size of 40 Tesla Model S battery packs. That’s enough capacity to propel the ship for “many hours” before needing to plug into a shoreside charging station, said Sean Puchalski of Corvus Energy, the company supplying the batteries.

Corvus, which has offices in Norway and Canada, has put batteries in nearly 400 ships, roughly a quarter of which are fully electric, he said. Most of these are passenger and car ferries plying the Norwegian fjords, where ship operators face tight restrictions on emissions of CO2 and toxic air pollutants, such as sulfur dioxide and nitrogen oxides.

The Japanese tanker is Corvus’s first fully-electric coastal freighter project; the company hopes the e5 will be the first of hundreds more just like it. “We see it has a beachhead for the coastal shipping market globally,” Puchalski said. “There are many other coastal freighter types that are similar in size and energy demand.”

The number of battery-powered ships has ballooned from virtually zero a decade ago to hundreds worldwide. The e5 tanker’s battery is relatively big for today’s electric ships, though several larger projects are also in development. The Yara Birkeland, an 80-meter-long container ship, will use a 9-MWh system for all of its propulsion when it launches in late 2021. Corvus is supplying 10 MWh worth of batteries for AIDAPerla, a 3,330-passenger cruise ship.

Two main factors are giving momentum to maritime batteries. First, lithium-ion technology has become significantly cheaper thanks to the electric car boom on land. Average battery pack prices were about $140 per kilowatt-hour in 2020, down from about $670 in 2013. Prices are expected to drop to about $100 per kilowatt-hour by 2023, BloombergNEF, a research consulting firm, said in a report.

Second, shipping companies are now required to tackle their carbon footprints. Cargo ships account for nearly 3 percent of annual greenhouse gas emissions, according to the International Maritime Organization, the United Nations body that regulates the industry. In 2018, the IMO agreed to reduce shipping emissions by 50 percent from 2008 levels by 2050—a target that is spurring investment in not only batteries but also cleaner-burning fuels like hydrogen and ammonia

First-mover projects like the e5 tanker are needed to develop technologies and infrastructure that can eventually scale for larger, longer-distance vessels, said Narve Mjøs, director of the Green Shipping Programme for DNV GL, an international consultancy in Oslo.

“Here in Norway, most of the green technologies and fuels have first been used between our islands and in our fjords,” he said. “But it’s important that these technologies can take the steps toward short-sea and deep-sea shipping,” he added, referring to two sectors with much higher energy requirements.

Mjøs said he believes eventually every ship will have some type of battery system—either to propel the vessel while at sea, or to keep the ship’s lights and equipment running while at berth. But ocean-crossing cargo ships will probably never be only powered by batteries. To sail for days or weeks without recharging, a ship would have to carry so many batteries there’d be no room left for cargo, he said.

That’s why companies like Corvus are expanding their focus. On 1 February, Corvus announced it would begin developing “large scale” hydrogen fuel cell systems for ships, which it will pair with its lithium-ion batteries. (Put simply, fuel cell modules convert chemical energy into electrical energy without burning the fuel.) The company plans to showcase its first combined system by 2023.

“Corvus is definitely interested in pushing the boundary on how applicable we can make battery technology,” Puchalski said. “But where the range of the ship is too far, or is not practical for battery-only, we’ll add the fuel cell.” 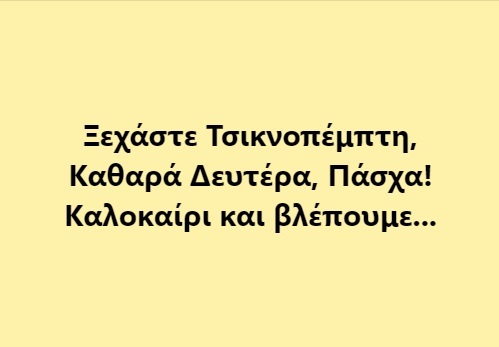 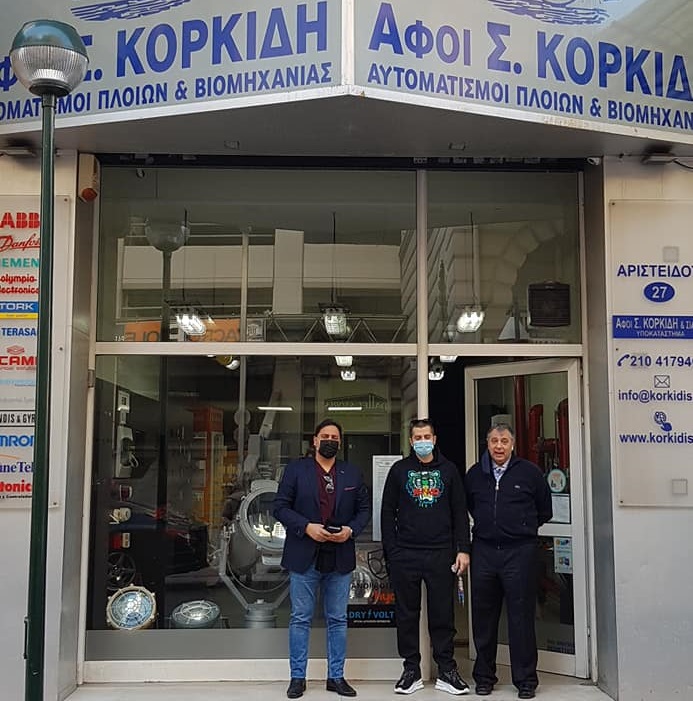 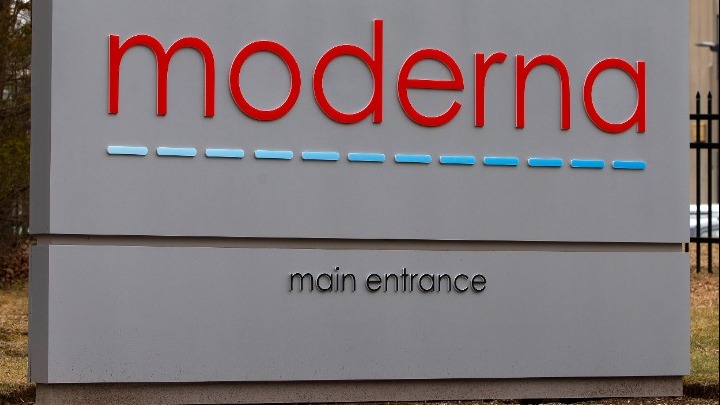