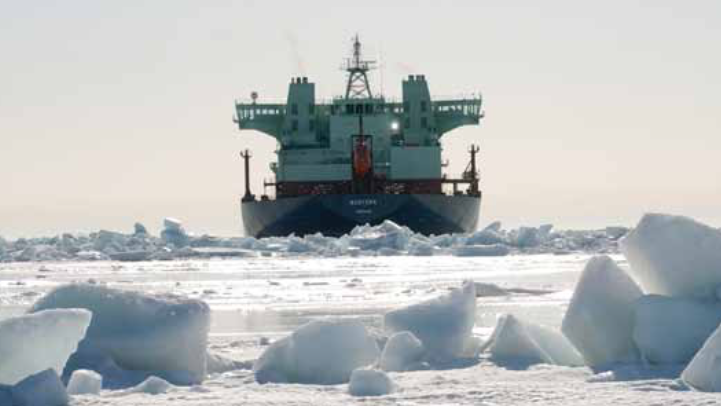 The Clean Arctic Alliance today slammed the decision by the International Maritime Organization (IMO) to approve a ban ridden with of loopholes on the use and carriage of heavy fuel oil in the Arctic (HFO), saying that it would leave the Arctic, its Indigenous communities and its wildlife facing the risk of a HFO spill for another decade.

The ban was approved during a virtual meeting of the IMO’s Marine Environment Protection Committee (MEPC 75), despite widespread opposition from Indigenous groups, NGOs and in a statement release this week, the Catholic Church [2]. At the IMO’s PPR 7 subcommittee meeting in February 2020, the IMO agreed on the draft before sending it to MEPC.

Following PPR7, the Clean Arctic Alliance called the inclusion of loopholes – in the form of exemptions and waivers – in the draft regulation “outrageous” as they mean a HFO ban would not come into effect until mid-2029. With the ban now scheduled to go forward for adoption at MEPC 76, the Clean Arctic Alliance – a coalition of 21 non-profit organisations, called for waivers to not be granted by Arctic coastal states and for the deadline beyond which exemptions would not apply to be brought forward.

“By taking the decision to storm ahead with the approval of this outrageous ban, the IMO and its member states must take collective responsibility for failing to put in place true protection of the Arctic, Indigenous communities and wildlife from the threat of heavy fuel oil”, said Dr Sian Prior, Lead Advisor to the Clean Arctic Alliance. “In its current form, the ban will achieve only a minimal reduction in HFO use and carriage by ships in the Arctic in mid-2024, when it comes into effect. It is now crucial that Arctic coastal states do not resort to issuing waivers to their flagged vessels”.

Heavy fuel oil is a dirty and polluting fossil fuel that powers shipping throughout the world’s oceans – accounting for 80% of marine fuel used worldwide. Around 80% of marine fuel currently carried in the Arctic is HFO; over half by vessels flagged to non-Arctic states – countries that have little if any connection to the Arctic.

As Arctic heating drives sea ice melt and opens up Arctic waters further, even larger non-Arctic state-flagged vessels running on HFO are likely to divert to Arctic waters in search of shorter journey times. This, combined with an increase in Arctic state-flagged vessels targeting previously non-accessible resources, will greatly increase the risks of HFO spills in areas that are difficult to reach, and that lack any significant oil spill containment equipment.

According to recent analysis by the International Council on Clean Transportation, as currently drafted, the regulation approved today will only reduce the use of HFO by 16% and the carriage of HFO as fuel by 30% when it takes effect in July 2024, and will allow 74% of Arctic shipping to continue with business as usual. The analysis found that between July 2024 and July 2029, when the ban becomes fully effective, the amount of HFO used and carried in the Arctic is likely to increase as shipping in the Arctic increases, and as newer ships replace older vessels and are able to take advantage of the exemption or change flag and seek a waiver from the ban.

“The ban that the IMO has approved today will mean that a full three-quarters of the ships using HFO today will be eligible for an exemption to the ban, because their fuel tanks are ‘protected’, or because they can apply to an Arctic coastal state for a waiver from the ban”, continued Prior. “As a result, the use of HFO in the Arctic is likely to continue to grow until the ban takes full effect in 2029 – so not only does the ban not sufficiently protect the Arctic, it’s actually contributing to a greater exposure to the risks associated with the use of heavy fuel oil.”

“The Clean Arctic Alliance urges IMO Member States to seriously consider how the ban can be strengthened ahead of formal adoption next year, and for individual states to examine domestic options for providing the protection required for the Arctic from the risks of HFO use and carriage, such as Norway’s recent proposal to ban HFO from the waters around Svalbard”, she added.

Already banned in Antarctic waters, if HFO is spilled in cold polar waters, it breaks down slowly, proving almost impossible to clean up. A HFO spill would have long-term devastating effects on Arctic Indigenous communities, livelihoods and the marine ecosystems they depend upon. HFO is also a greater source of harmful emissions of air pollutants, such as sulphur oxide, and particulate matter, including black carbon, than alternative fuels such as distillate fuel and liquefied natural gas (LNG). When emitted and deposited on Arctic snow or ice, the climate warming effect of black carbon is up to five times more than when emitted at lower latitudes, such as in the tropics.

“Today’s International Maritime Organization decision is a massive missed opportunity to provide urgently needed protection for the Arctic and Indigenous Peoples who rely on those waters. Even worse, today’s approval of the ban will inevitably cause widespread confusion, with the wider world assuming that a ban means ending HFO use in the Arctic when in fact, the IMO has put in place only a modest and likely temporary reduction in its use for the first ten years. We cannot wait ten years to stop HFO use in the Arctic. Ten years is simply too long to wait!”, said Mellisa Johnson, Director of the Bering Sea Elders Group, based in Alaska, who spoke, representing Pacific Environment, during the IMO meeting, during the presentation of a comment paper on the draft ban [5].

“The IMO’s decision to approve this weak HFO ban will force us to find other ways to protect the Arctic”, said Alexey Knizhnikov, Responsible Industry Programme Leader at WWF Russia. “In Russia, this kind of action is needed even more than in other Arctic regions, due to the huge increase in shipping traffic expected to occur in upcoming decades, and this year’s massive oil spill on Taymyr has highlighted the cost to nature of using oil-based fuels in the Arctic. There is a little room for optimism – in October 2020, Russia’s new national Arctic strategy was adopted, which priorities the switch from oil based fuels to alternatives in the Russian Arctic”.

Under the new regulations, five central Arctic coastal States – Russia, Norway, Denmark (Greenland), Canada and the United States – will have the option of issuing waivers to their own flagged ships while they are operating in their own waters.The regulation is not flag-neutral, and it will create a two-tier system of environmental protection and enforcement in the Arctic, along with lower standards and negative environmental consequences in the Arctic’s territorial seas and exclusive economic zones. This version of the ban could also potentially lead to transboundary pollution.

‘All Arctic states need to eliminate the use of HFO by 2024 to ensure an HFO ban fulfils its original intent. The food security and livelihoods of local and Indigenous communities is dependent upon the success of this ban to protect them from pollution and spills. Any benefits of the IMO decision today will be cancelled out by projected increases in shipping, leaving Indigenous and local communities facing larger risks and impacts in the future,’ said Andrew Dumbrille, Senior Sustainable Shipping Specialist at WWF Canada. “The Arctic Council should build on the example of Norway’s proposal for Svalbard, assert its Arctic stewardship role, and scale up the ambition of the IMO ban within the jurisdictions of Arctic countries, without waivers and exemptions. Such commitment should be reflected in the Ministerial Declaration concluding the Icelandic chairmanship in May 2021”, said Peter Winsor, director of WWF’s Arctic Programme.

“An HFO spill in our Arctic waters, where our people have survived and depended on for thousands of years, would devastate our subsistence way of life. The sensitive marine wildlife we depend on for food, such as seals, whales, walrus, fish and birds, would be devastated. We have a major concern that the use of waivers will create a risk of transboundary HFO pollution in the Bering Straits region where my family lives between Russia and Alaska USA,” said Verner Wilson III, Senior Oceans Campaigner at Friends of the Earth US, a Siberian Yup’ik Inuit from Alaska.

“Instead of an effective and ambitious ban on use of heavy fuel oil in Arctic waters, the IMO has committed Arctic shipping to a course of action that may lead to a devastating spill of the world’s dirtiest fuels,” said Sarah Bobbe, Ocean Conservancy’s Arctic Program manager. “The IMO’s lackluster decision is beyond belief considering it has already been ten years since the Arctic Council identified an oil spill as the biggest threat from ships, with heavy fuel oil by far the most detrimental, to Arctic waters.”

“A ‘ban’ that affects just a quarter of ships is not a ban at all”, said John Maggs, Senior Policy Advisor at Seas at Risk. “The IMO’s new regulation fails to treat all flags equally, allowing the five central Arctic coastal states to issue waivers that will allow all ships flying their flag to continue to use HFO out to the furthest stretches of their EEZs, thus rewarding their own-flagged vessels, while other ships must comply with the regulation. This is regardless of ship type, size, or age, or whether or not they have protected fuel tanks.”

“We are also concerned that issuing waivers will relax international environmental standards in waters of the Arctic coastal States. The Law of the Sea Convention requires that flag states adopt regulations for the prevention, reduction, and control of pollution from ships flying their flags that must at least have the same effect as international standards. Because waivers would weaken the protection of the marine environment in these areas, it raises important legal questions”, added Maggs.

“It is important to recognise that issuing waivers to ships to exempt them from the requirements of the ban is not mandatory, the central Arctic coastal states have a choice. But if waivers are issued there should be full transparency and reporting,” said Danielle Fest Grabiel, Wildlife Team Lead, US office of the Environmental Investigation Agency (EIA). “We urge the five central coastal Arctic states to choose not to issue waivers in order to ensure that the use and carriage of HFO in the Arctic ends by 2024.”

“The Government of Iceland should take note of the leadership demonstrated by Norway in its proposal to ban heavy fuel oil from the waters around Svalbard by putting forward a plan for similar protection in Iceland’s waters”, said Árni Finnsson, chair of the Iceland Nature Conservation Association (INCA). “Arctic nations are facing unprecedented changes in the marine environment. There is not much time to act and Iceland must forge ahead with a total ban on HFO within Icelandic waters, and along with other Nordic countries must take a strong stand within the IMO to speed up the adoption and entry into force of a ban on HFO in Arctic waters.”

“This is yet another sad day for the Arctic”, said Sigurd Enge, Manager Shipping, Marine and Arctic Issues, Bellona. “The Arctic environment is threatened from all sides, from climate change, toxic contamination, plastic pollution, oil exploration and other extractive industries. What the Arctic needs now is better protection and bold politicians. There are no technological barriers, no shortage of alternatives to heavy fuel oil, and the shipping industry needs in any case ust switch from fossil fuels to fulfill the IMO’s own Greenhouse gas – strategy and Arctic waters are the place to start. The Norwegian government’s proposal to ban HFO in waters around Svalbard proves that this is feasible. The coming decade is crucial to the future health of the arctic environment and the IMO’s decision today is just not acceptable.” 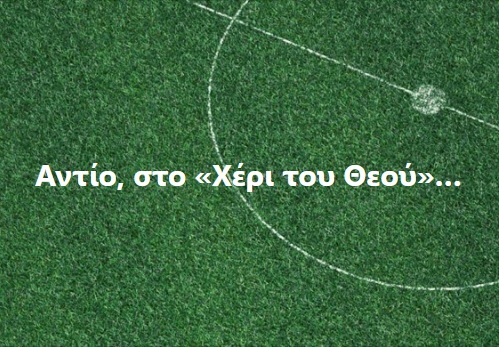 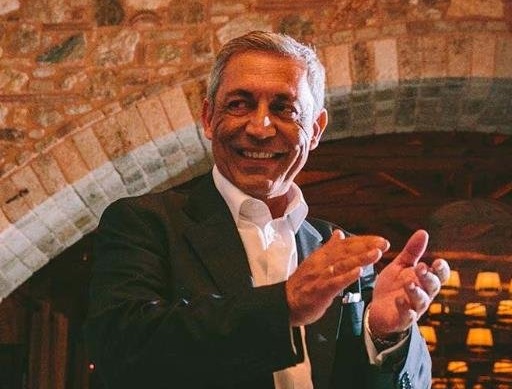 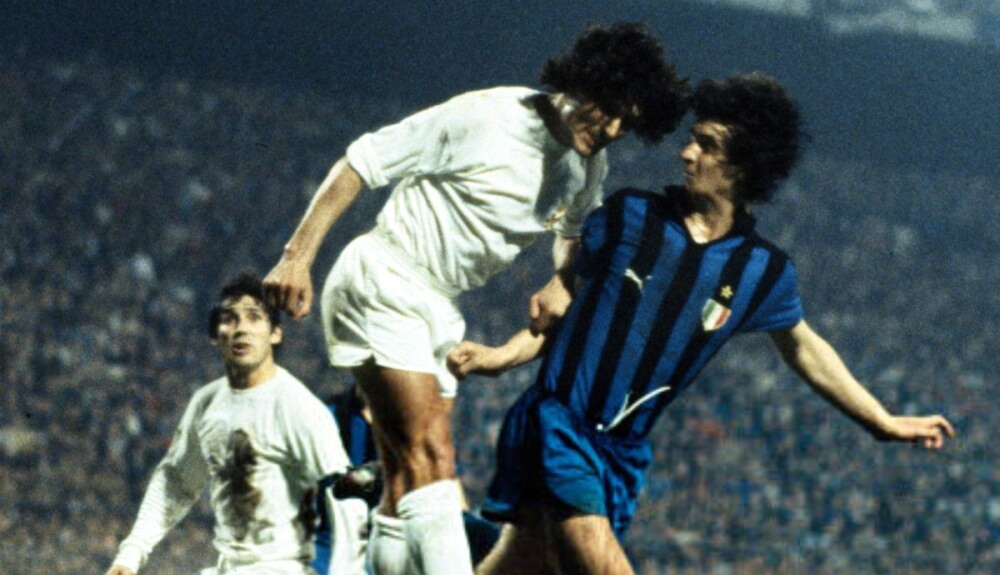 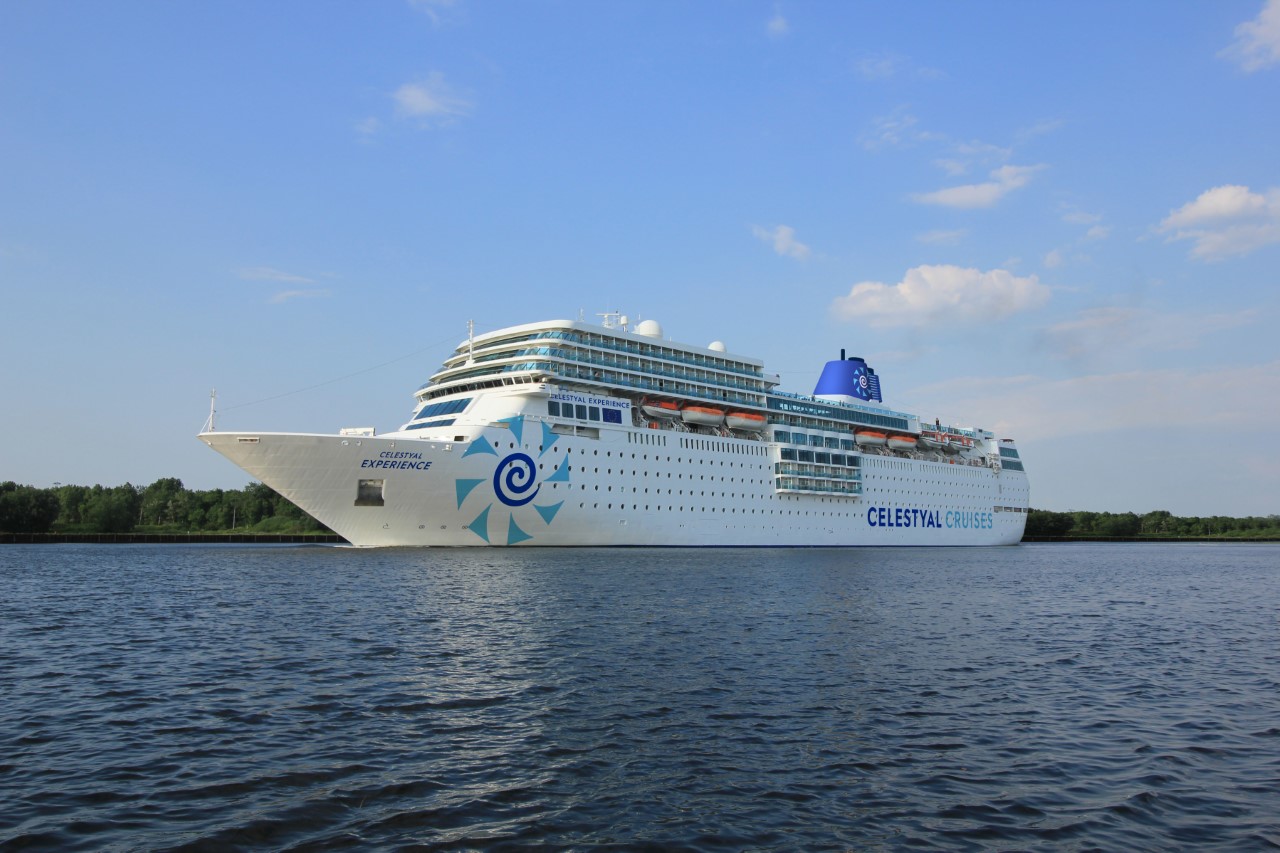