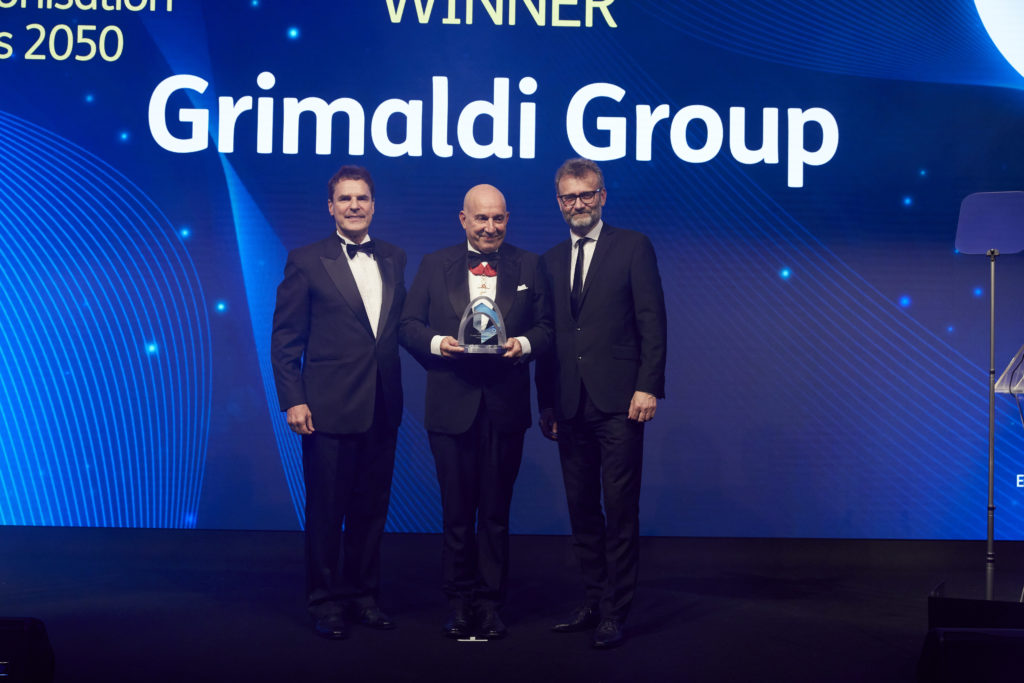 Grimaldi Group won “Excellence in Decarbonisation towards 2050” at the Lloyd’s List Europe Awards presented on the 10 December at the Hilton Hotel, Park Lane, London. The event, organized by the renowned international publication Lloyd’s List, was hosted by English actor Hugh Dennis. Among the 400 shipping professionals who attended the ceremony there were also representatives of the main international organizations in the sector, such as the Secretary General of IMO (International Maritime Organization), Kitack Lim, and the Secretary General of ICS (International Chamber of Shipping), Guy Platten.

In his opening speech, Richard Meade, managing editor of Lloyd’s List said: “Each year at these events I stand before you and explain that the Lloyd’s List Awards are more necessary than ever, precisely because they reward successful endeavour in the face of seemingly intractable problems. But I also think that this collective view of excellence and endeavour has a more practical purpose. Sharing ideas is not just a good idea - it’s a question of survival”.

"We are extremely proud to receive such an important recognition, in a historic moment in which environmental sustainability is no longer a choice but a duty," stated Emanuele Grimaldi, Managing Director of the homonymous Group, commenting on the latest success of the Neapolitan company. "Awards like this represent not only a goal, but above all an incentive to do even better. We will continue to commit ourselves and invest in green innovation, in order to contribute ever more significantly to the reduction of the environmental impact of transport-related activities".

Earlier this year, addressing audiences in London, Emanuele Grimaldi declared: “There is a tide of change coming in our sector and we need to prepare”.

Indeed, the Neapolitan Group has been putting in place for years an investment plan aiming at energy efficiency and emission reduction, through which it has achieved goals that are often better than those prescribed by the most recent international regulations regarding environmental issues. Such investments include, among others, the use of alternative energy sources through the use of mega-batteries, solar panels and wind turbines, as well as a new class of state-of-the-art hybrid ro/ro vessels that will be delivered with some of the lowest CO2 output ever achieved. The Group’s active commitment to leading the way across the whole industry through investments in innovation seriously impressed the Lloyd’s List Europe Awards judges, who unanimously declared the Neapolitan shipping company the inaugural winner of this important award. 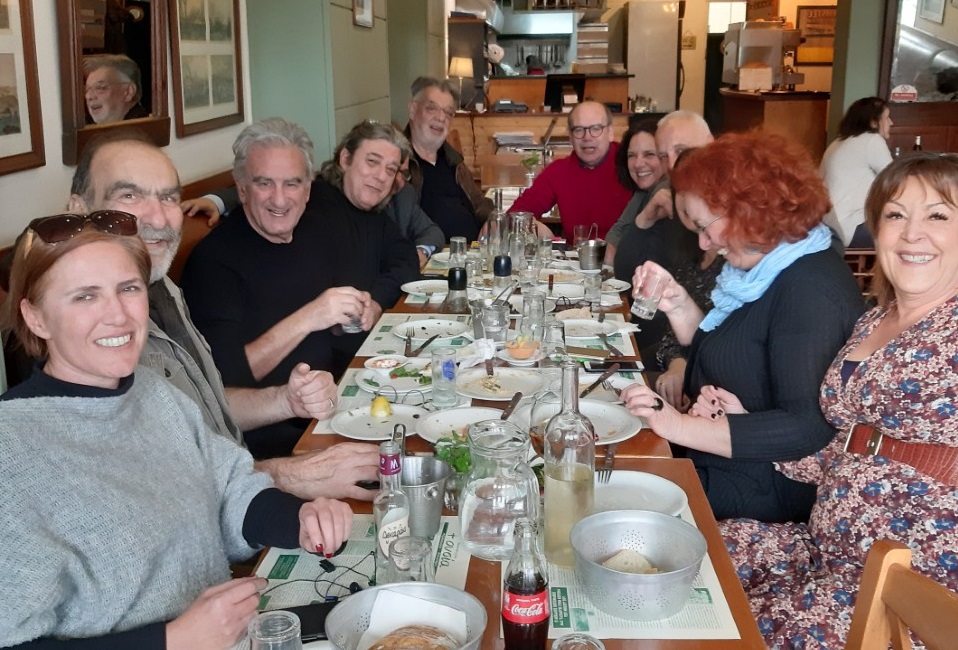