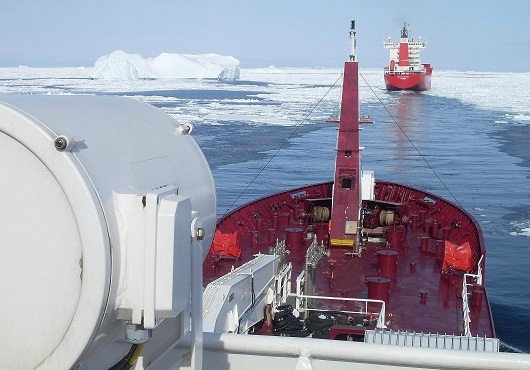 The International Chamber of Shipping (ICS) has welcomed the progress made, in London last week, by the IMO Marine Environment Protection Committee (MEPC) on several important environmental issues.

Progress on Ballast Water Implementation Problems (partially undermined by United States)
The IMO Ballast Water Convention has still not entered into force. While the progress made by IMO to address various implementation problems identified by ICS should help bring the Convention into force sooner rather than later, ICS fears that the unilateral stance taken at the meeting by the United States may actually have the opposite effect.
As requested by the shipping industry in a further submission, IMO Member States built on the progress already made at the previous MEPC in October. ICS believes that shipowners can now have increased confidence that, when the Convention enters into force, ships which have installed ‘first generation’ equipment in accordance with existing IMO approval Guidelines will not be unfairly penalised. ICS is also increasingly confident that the future IMO type-approval process, for the expensive new treatment systems required, will be more robust as a result of the new IMO Guidelines which are now being developed.
Speaking from Korea (where ICS is attending the AGM of its Regional Partner, the Asian Shipowners’ Forum), ICS Secretary General, Peter Hinchliffe commented: “The roadmap agreed by IMO Member States shows that at last there is widespread recognition that it is unreasonable to expect shipowners to invest millions of dollars per ship without any certainty that the treatment equipment will not have to be completely replaced in a matter of years, and that ships will not face sanctions due to circumstances beyond their control.”

However, ICS fears that the potential impact of the progress made by IMO was partially undermined by the United States placing a formal reservation on the outcome. ICS, supported by other industry associations, therefore made a strong statement at the close of the MEPC, voicing ‘dismay’ at the United States unilateral stance.
In spite of the progress made by IMO last week, ICS suspects the problems that exist with respect to the separate U.S. approval regime still make it unlikely that flag states which have not yet ratified the IMO Convention will wish to do so in the immediate future given that shipowners under their flags, which trade to the United States, could still be unfairly penalised.
“The problems created by the unilateral approach of the United States now require a separate pragmatic solution outside of IMO,” said Peter Hinchliffe. “The legal obstacles created by the timelines enshrined in the U.S law, and uncertainty as to when the IMO Convention will enter into force, make a solution extremely complex. But in co-operation with other shipowner organisations this will be a priority for ICS in the year ahead.”

Progress on CO2 Data Collection System
ICS feels that the IMO MEPC made good progress on draft text that will mandate a global data collection system on CO2 emissions from shipping. This is something which ICS fully supports, provided it is simple to administer and will not ultimately be used to develop a Market Based Measure or some other over complicated mechanism that could lead to serious market distortion.
ICS is pleased that IMO Member States rejected the idea (contained in the unilateral EU Regulation on the reporting of ships’ CO2 emissions adopted by the European Parliament in April) that commercially sensitive data about individual ships should be published.
ICS notes that, while some form of metric to account for ‘transport work’ in addition to fuel consumption remains on IMO’s agenda, this now seems likely to be simpler than the metric contained within the EU Regulation. This is therefore more likely to be acceptable to ICS member national associations, who will review the outcome in detail at a major ICS meeting at the end of May. However, discussion within IMO on this controversial aspect is far from over and will continue at the next MEPC meeting in April 2016.
Mr Hinchliffe commented: “There is still a great deal of uncertainty as to where the issue of CO2 data collection is leading. The European Commission still appears to see the next step as being to use this data to establish a mandatory operational indexing system that can eventually be used to charge ships money. The fact that commercially sensitive data about individual ships will not be published under the IMO system does not prevent this goal from being pursued. The same applies to the EU system, even if the European Commission agrees to align its system more closely with that eventually agreed by IMO by dropping the publication element, which is by no means certain”.

Adoption of IMO Polar Code
ICS greatly welcomes the formal adoption by the MEPC of the mandatory IMO Polar Code, by reference to the SOLAS and MARPOL Conventions.
Mr Hinchliffe remarked: “The Polar Code demonstrates that IMO is the appropriate forum for developing standards for ships operating in the Arctic as it has the necessary legal and technical expertise to take full account of the interests of all maritime nations, including those with an Arctic coastline.”
ICS is fully committed to the implementation of the IMO Polar Code which will deliver an even greater level of confidence in the environmental performance of shipping using a risk-based approach which addresses the hazards relevant to the type of ship operation, the ship’s location and the season of operation.