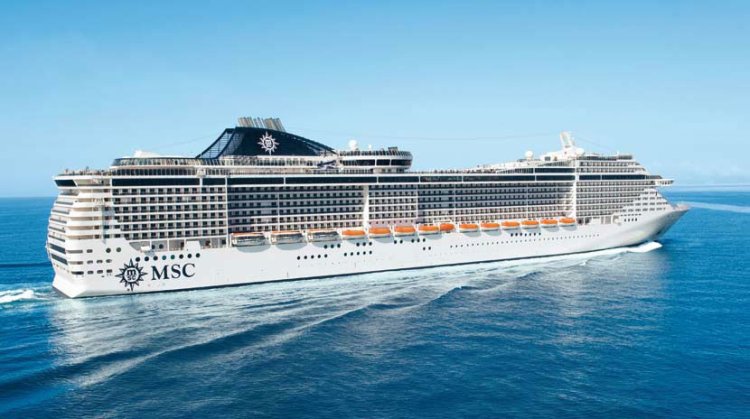 On 18 March, MSC Splendida called the port of La Goulette, Tunis for its weekly call performed during the season from 17 December2014 to 15 April 2015. The ship arrived with 3,714 guests and 1,267 crewmembers aboard.
As it is the case every time the ship calls Tunis, a shore excursion offered MSC Cruises’ guests the opportunity to visit the famous Bardo National Museum. During the visit at the museum, some of MSC Cruises’ guests were caught in the middle of a terrorist attack along with guests from another cruise line.
As soon as the company heard of the attack and the fact that some of its guests were involved this tragedy, regular stringent safety procedures were set in motion and the ship management called for the immediate cancellation of all on-going shore excursions and recall all buses and their passengers on the ground back to the ship. The security on board was also immediately raised to Level 3, its highest, by emergency protocol to ensure complete safety of all guests and crew members – the company’s number one priority at all times.
In constant coordination with local, national and international authorities as well as embassies in Tunis and ground staff, MSC Splendida’s command worked towards organising the safe return of the ship’s guests aboard, and assessing the situation in the city’s hospitals. Keeping guests aboard informed of the unfolding of the situation took constant synchronization between all actors aboard and ashore and filtering of the stream of sometimes contradicting information from various sources.
Finally, to allow all guests to promptly contact their families and loved ones at home and to provide reassurance about their wellbeing, all onboard telephony and internet was made available.
In the meantime, only a few hours after the tragic events, MSC Cruises’ Crisis Team reached the ship in Tunis and immediately set out to work and started providing assistance and support to guests in this painful moment. MSC Cruises Executive Chairman, Pierfrancesco Vago, will arrive in Tunis in the early hours of 19 March in order to make a close assessment of the situation, also to provide assistance to the victims and their relatives as well as consult with local authorities.
Based on the communication made by officials authorities, MSC Cruises, its ownership and entire management team report with profound sadness that at the time of this announcement nine of its guests are reported to have lost their lives, 12 were injured, and six (two Spanish nationals, one Belgian, one British, one French and one Japanese) are still unaccounted for in conjunction with the tragic event at the Bardo Museum. However, these numbers are still subject to modification whilst official identification is on-going.
According to sources it would appear that of the victims, three were of Japanese nationality, two French, two Spanish and two were Colombian. The wounded, of which three Japanese nationals, one South African, one Belgian and seven French, are currently being treated in various hospitals. All of them are being assisted in person by members of the MSC Cruises Crisis Team that was immediately sent to Tunis to provide on the ground support.
MSC Cruises will continue to publish updates on any confirmed official information it may receive.
At this tragic time, the MSC Cruises family wishes to extend its most sincere and heartfelt condolences to all those who were affected by this tragic event and are suffering as a result, in particular to the families and friends of those who lost their lives as well as the injured ones.