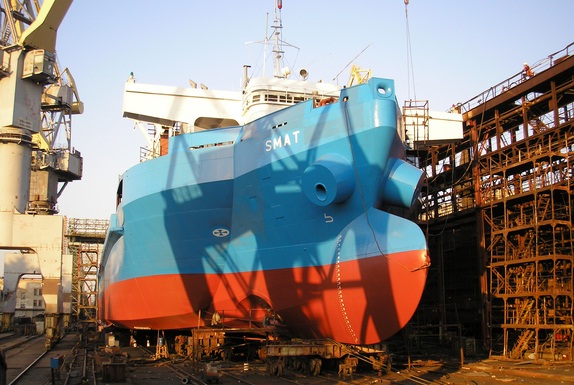 More than 587 vessels are expected to be built in Southeast Asia this year, according to data from IHS Maritime & Trade.
The figures are still some way behind the 2011-12 level of around 800 ships, but point to a rebound despite over-tonnage concerns since 2008 according to Robert Willmington, new construction analyst at IHS.

Shipbuilding in the region this year is projected to exceed 4.8 million gt. Orders by vessel type are container ships (37%), bulk carriers (7%), tankers (9%), general cargo (5%) and offshore (4%), according to IHS Maritime data.

The analyst noted that China, Japan and Korea still dominate shipbuilding and repair in conventional market segments, with the possible exception of the cruise industry. But a number of Southeast Asian shipbuilding countries – including Indonesia, Malaysia, Philippines, Thailand and Vietnam - have been boosting their offerings.

“Yards in the region have been performing well despite the difficult market conditions,” said Willmington. “IHS market analysis suggests that Indonesia and Vietnam are the most likely nations to grow in the medium term. Southeast Asia’s highly skilled workforce and low labour costs hold an obvious attraction for foreign investors.”

Indonesia has about 200 shipyards, and the government has prioritized building oil tankers as the nation’s key ship export. Approval has been given for 100% foreign ownership of shipbuilding companies. For the moment, however, the focus remains on smaller tugs and tankers.

Malaysia’s shipbuilding business has also been on the rise, and the country is gearing up to produce more complex vessels. For the second time in its 40-year history, Malaysia Marine and Heavy Engineering recorded full capacity – 15 vessels and rigs in its docks for repair and refurbishment work.

In the Philippines, the world’s fourth-largest shipbuilder passed a landmark in December 2014 with the launch of its first eco-ship, the 57,807 dwt (deadweight tonnage) bulker Ellenita featuring optimised propulsive gear propellers for lower vibration and higher propulsion efficiency and a fresh-air-intake system to boost engine fuel efficiency. The Philippines has a total of 87 vessels in order and scheduled deliveries for 2015-2018, but ranks first in gross tonnage at 4,852,829 gt, according to IHS Maritime data.

Thailand’s shipbuilders have expanded its operations to support the steady growth of offshore operations. For example, Unithai Shipyard and Engineering’s new facilities comprise a 60 meter berthing quay, an 800 square meter warehouse, and 330 square-meter area for storing hazardous waste, for which the Thai government has granted a certificate of approval.

Vietnam, the world’s fifth-largest shipbuilding nation, is keep to promote maritime as one of its key industries and aims to become one of the world’s prime ship exporters. The Hyundai-Vinashin yard has 31 medium-sized bulk carriers and product tankers scheduled for delivery in the next three years. In total, Vietnam has 197 total vessels expected for delivery, the highest of all the Southeast Asian shipbuilding nations, according to IHS Maritime data.

In Singapore, ship construction is geared towards offshore vessel production and the high-end market, such as fast ferries designed on the strength of its fuel efficiency and ice-class multi-purpose vessels designed to operate in ambient temperatures as low as minus 30oC. Despite the fall in offshore vessel charter rates, Triyards Holdings, an offshore and engineering solutions provider to the oil, gas and marine industry, has grown its newbuilding programme to eight lifeboats, two of which are for state-of-the-art, four-legged lifeboats that can accommodate 150 people.